Action Environmental has been successfully serving businesses in New York City for over 20 years and built a reputation as one of the city’s premier haulers.

Local Law 199, adopted on November 20, 2019, mandates the creation of twenty commercial waste zones across New York City, and authorizes up to three waste and recycling carters to operate in each zone. Zones will be assigned to eligible haulers by the Department of Sanitation, and subsequently New York City commercial establishments will be required to contract with one of the waste and recycling providers in their zone.

What the New Zoning Law
Means for Customers

For our customers, we anticipate minimal change under the new zoning program. You can expect the same seamless and efficient service. We remain committed to serving the people and businesses of New York City and are excited to be a part of a more sustainable approach to waste and recycling collection and processing while promoting long-term zero waste initiatives in our city.

For new customers, we look forward to serving you!  If you have any questions, please contact us or call 1-866-DIAL-IWS. We have zoning experts on staff to help answer any zoning related question or help facilitate the transition from your previous hauler.

In New York City, over 200 licensed private waste and recycling carters serve more than 100,000 commercial establishments including restaurants, retailers, entertainment venues, manufacturers, hospitals, hotels, and other businesses. Local Law 199 and commercial zoning intends to reform the private carting industry and address environmental, safety and customer service interests by limiting the number of carters operating in New York City.  The law, adopted in November 2019, sanctions the creation of twenty commercial waste zones across New York City, and authorizes up to three waste and recycling carters to operate in each zone.

Private carters who wish to operate in New York City must submit to a rigorous proposal process overseen by the Department of Sanitation and prove their commitment to sustainable operations, safety and customer service in their desired zones. Once proposals are reviewed and zones are awarded to carters, all commercial establishments operating in New York City will need to contract with one of the three assigned carters in their zone for waste and recycling services.

We are excited to be a part of a select group of haulers operating in NYC and look forward to contributing NYC’s innovative program goals!

Learn how Action & IWS are actively working towards these goals within our organization.

Reduce truck traffic throughout the city to reduce air pollution and improve quality of life.

Prioritize investments in clean, modern fleets and facilities that make up a reliable, resilient, and sustainable waste management system.

Improve training and safety standards to make the industry safer for workers and the public.

Create a system that works for carters of all sizes.

Need to find your zone?

Enter your address to see which zone you are in

Learn more about our services 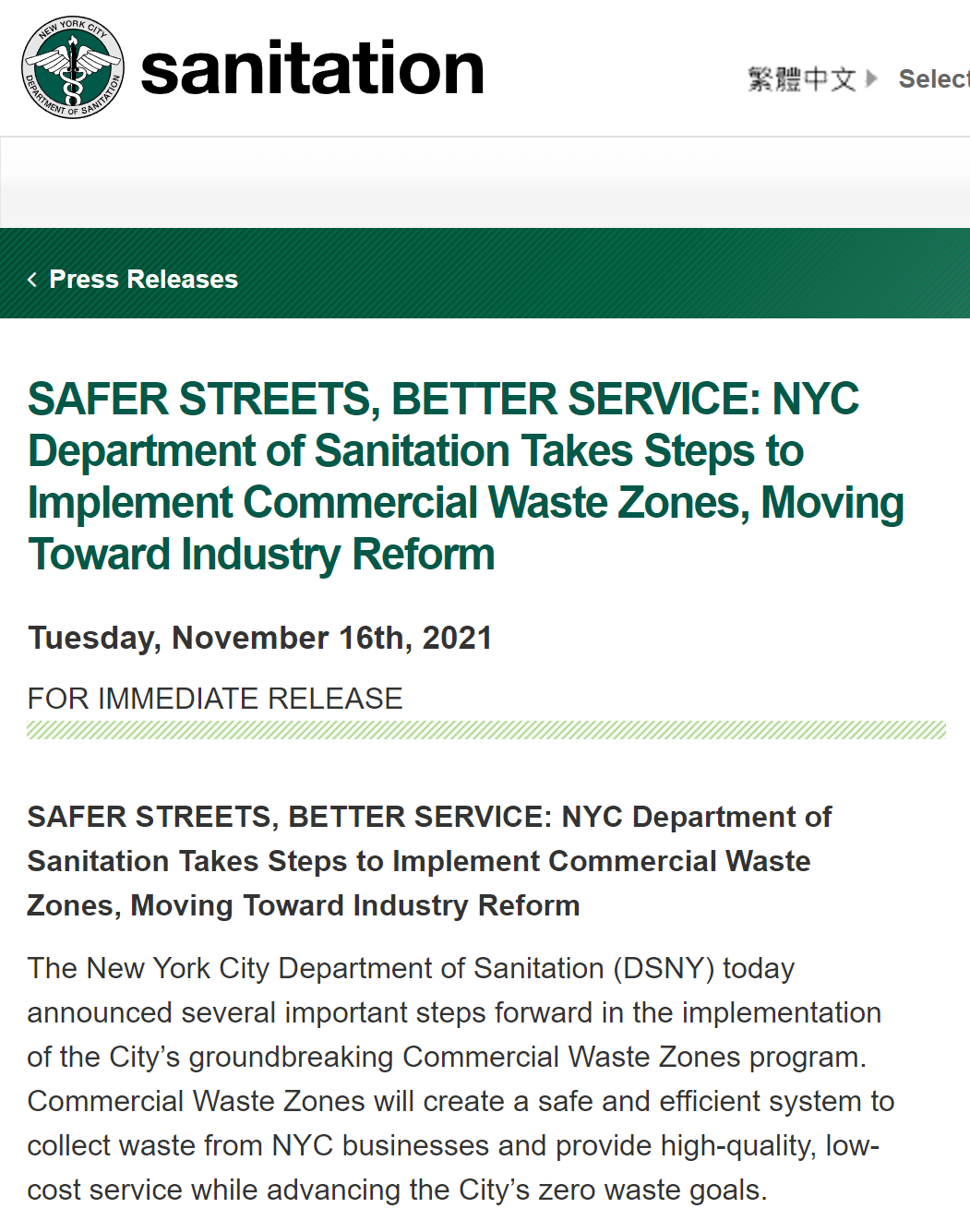 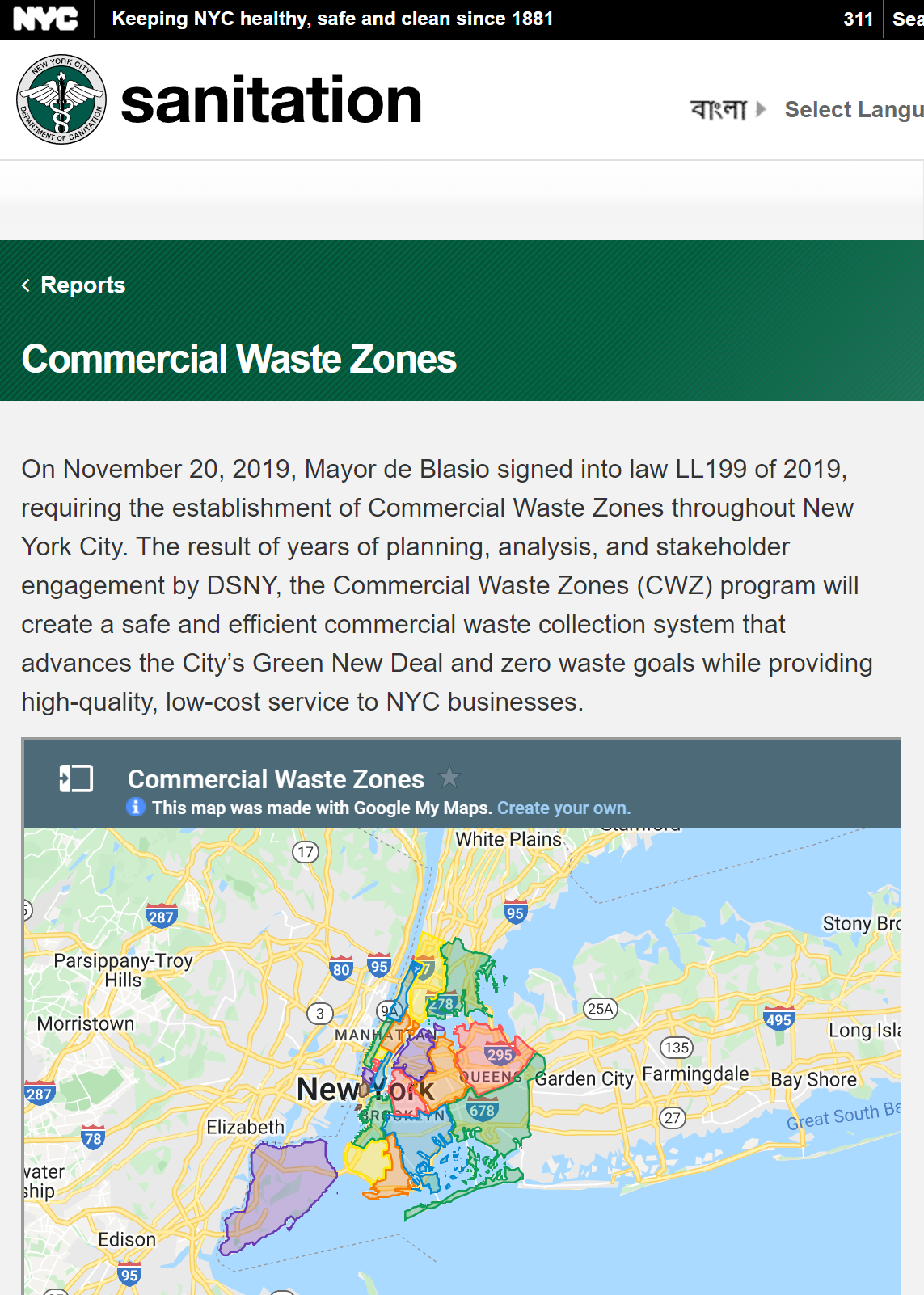 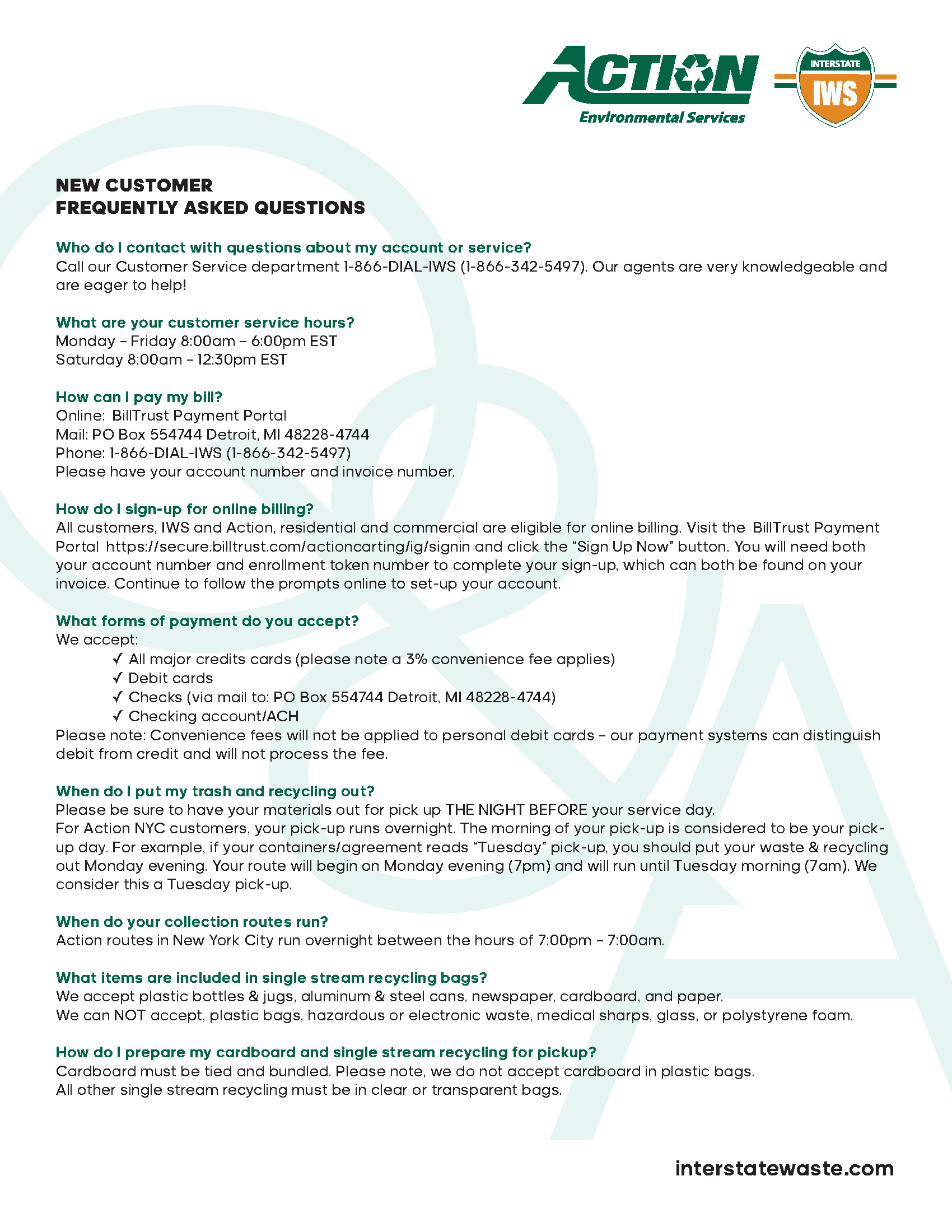 Are you a new customer? 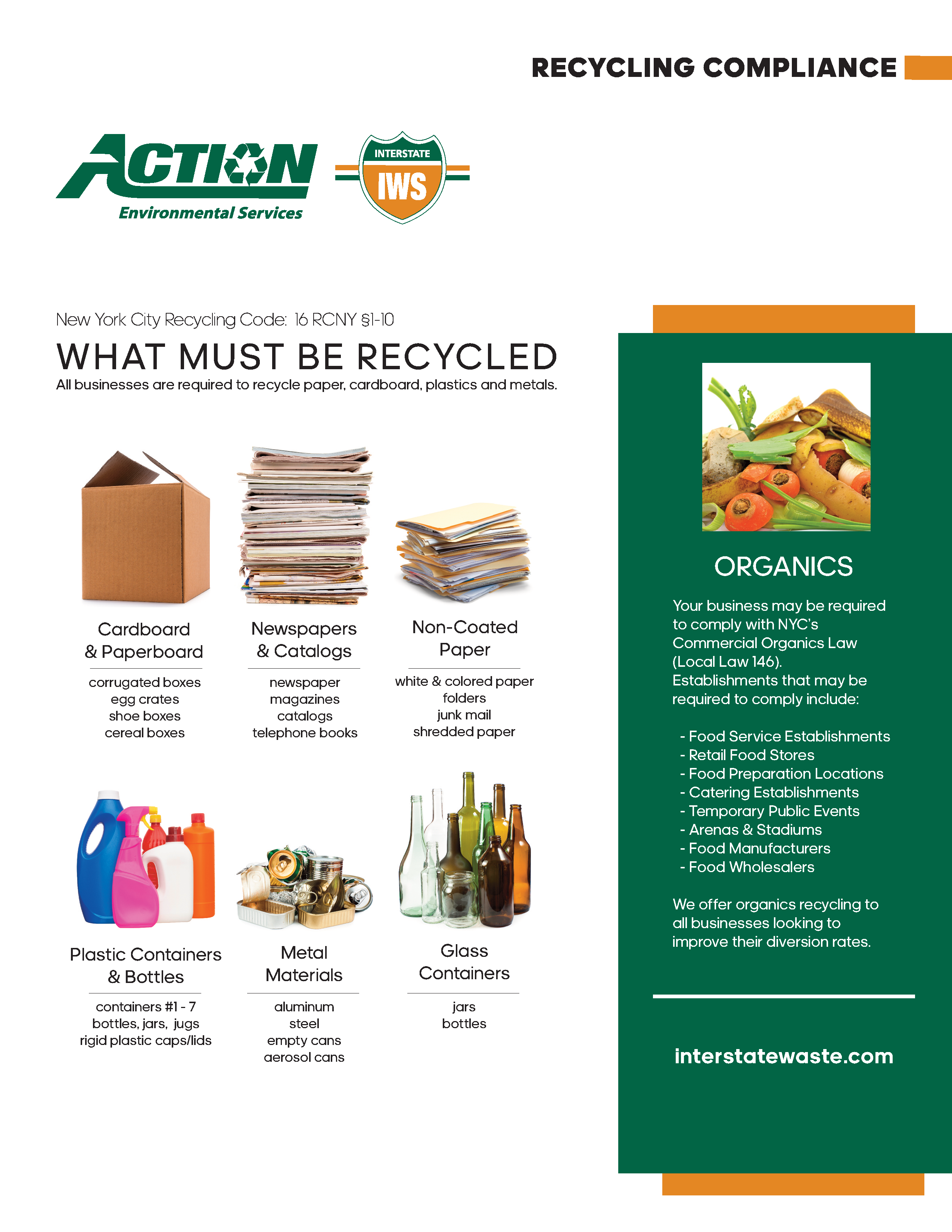 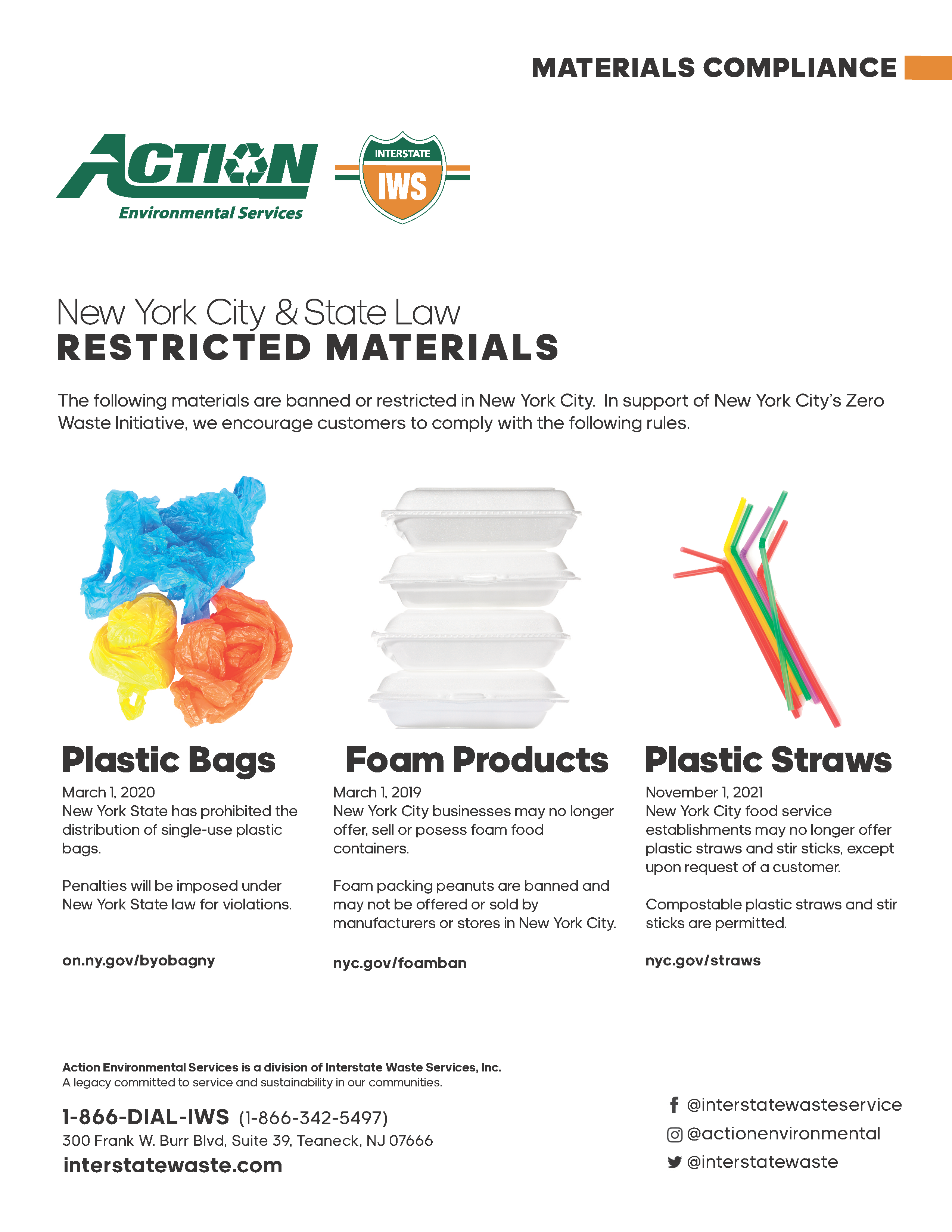 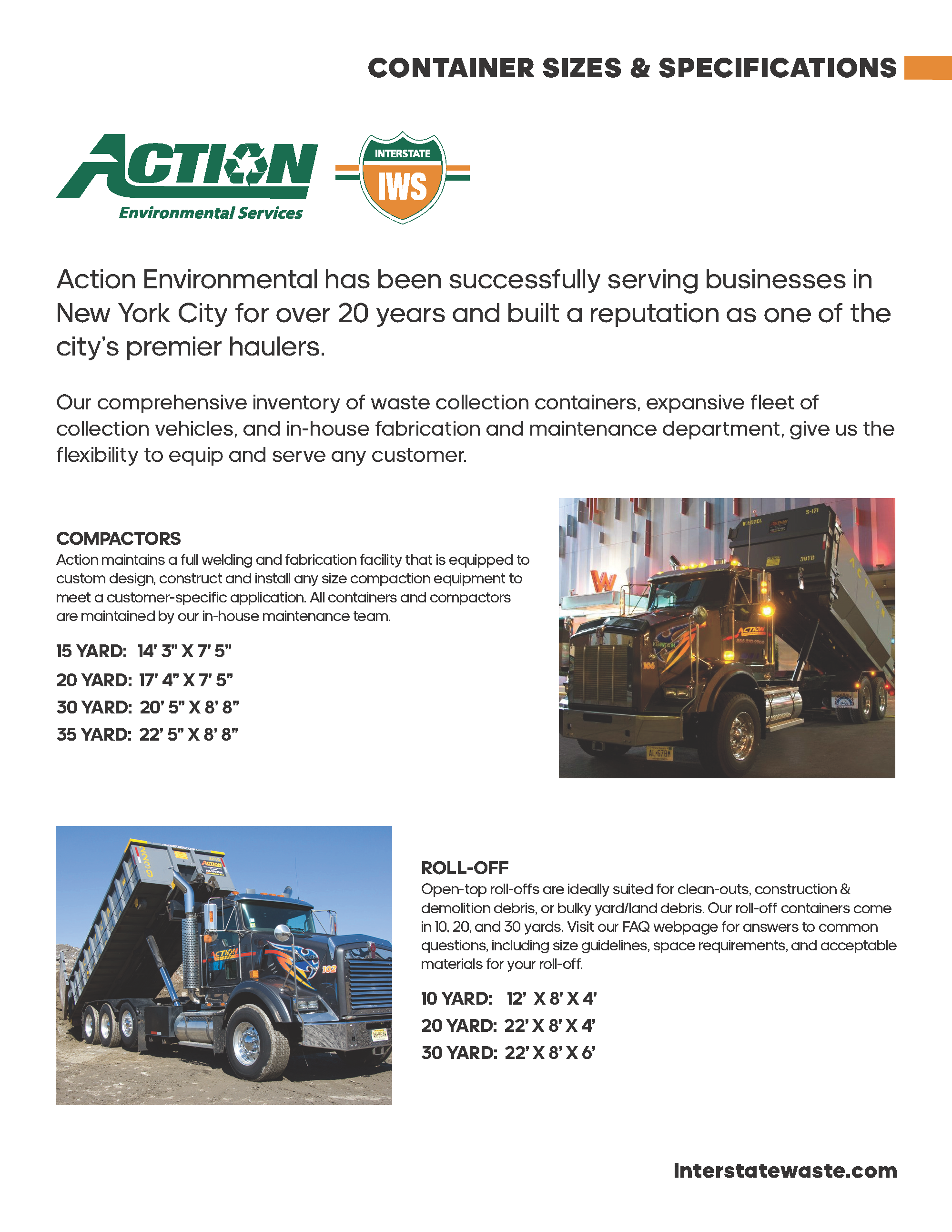 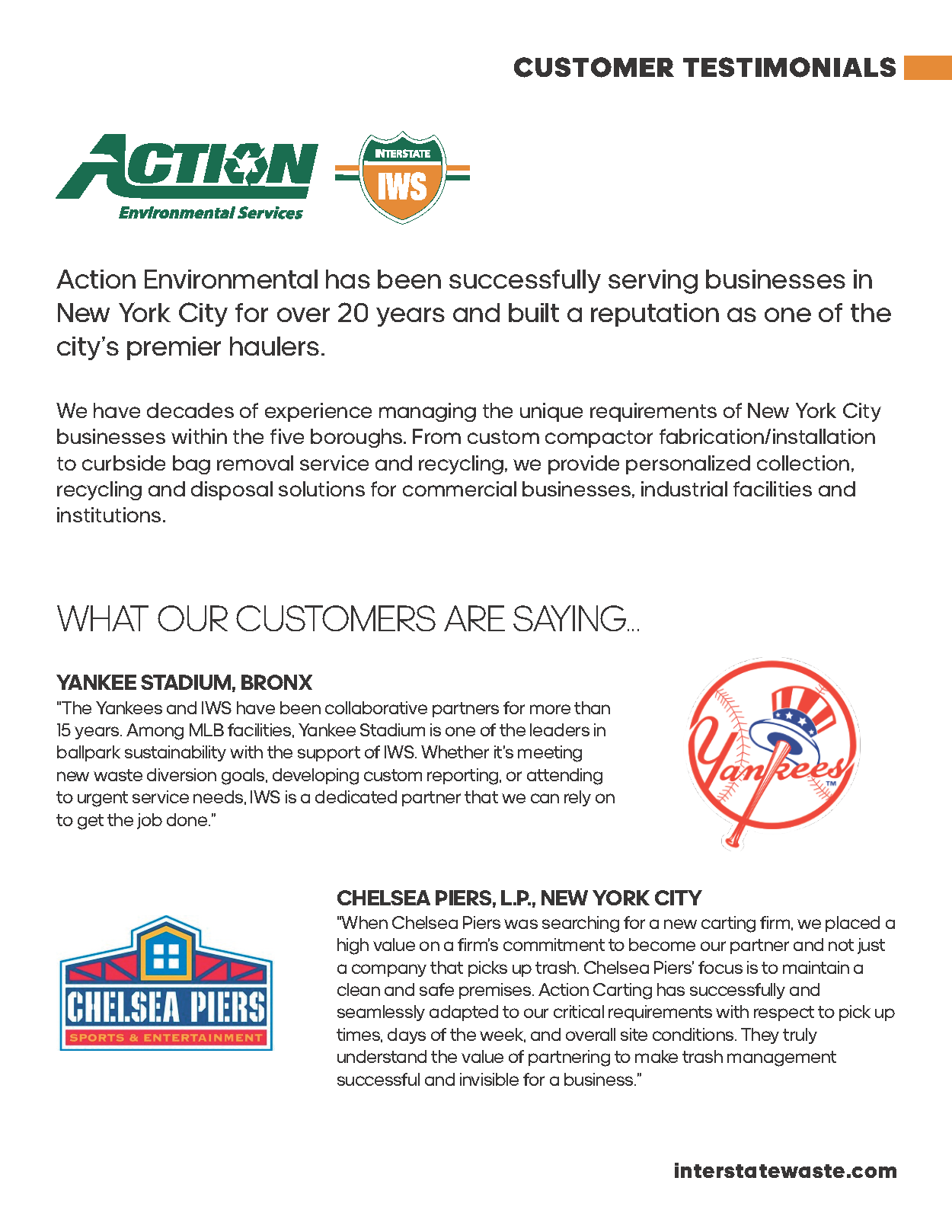 Hear from our customers